Romania has a rich and colorful cultural history. Having been invaded by Turks, been part of the Roman empire, and having its borders switched so many times – you are going to see various influences in this romantic country.

If you start from the East of Romania things are fast paced, exciting, and very matter of fact. However, the more West you go (towards Transylvania) the life slows down. You will notice more mountains, hills, countryside and an overall relaxed feeling.

Transylvania of course is known for Dracula – so I will not leave him out of the picture. If you are going to start seeing things in Transylvania – the first thing you MUST see is: 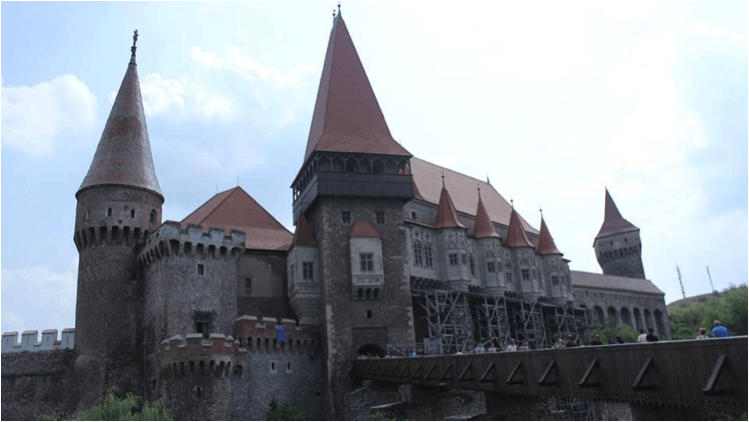 The majestic Corvin’s castle in Transylvania

Located in the town of Hunedoara, this ancient castle from the 14th century is full of myths and lore – from a lion’s den, Turkish curse, and even to imprisonment of Dracula himself.

Ioan of Hunedoara, the Governor of the Hungarian Kingdom, constructed this limestone fortress, the first of the bigger structures being built in the area.

When you walk across the bridge to enter the halls you can turn one of two ways. Straight into the dungeon where you hear screams of prisoners and see the torture devices of historic Europe, or you can walk straight into the courtyard and skip the torture all together.

However, you will be able to say you walked in Vald Tepes’ (Dracula’s) footsteps for a little while. But as you walk throughout the beautiful courtyard you will enter a chapel, a great hall with the traditional furniture, knight’s armor, and beautiful interior architecture. You can also walk into the princess’ bedroom that has the perfect view of the bridge to enter. Perhaps to see suitors before they come in?

The best part of the castle is everything is accessible. Usually in museums things are behind glass, but not here. You can literally touch history. 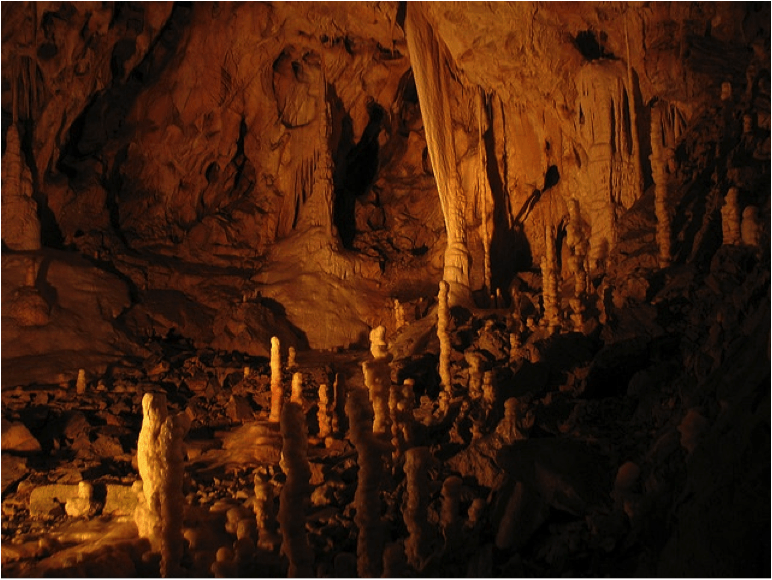 Guess what gave the Bear cave its name..?

Located in Pietroasa, Romania this is a spelunker’s dream find. For about 4 € you can walk into one of the oldest caves in Europe. Discovered in 1983 with over 140 cave bear skeletons it has been a tourist and local attraction for years.

If you are visiting in the summer this is a perfect tour for you, as Transylvania gets very hot. In this cave it can get to 65-70 F so you actually may want to bring a layer with you.

You will see stalactites and stalagmites, and the most famous stalactite is “the rocket.” Literally in the shape of a huge rocket. You will even be able to see skeletons of an old mama bear and her cub. These huge mammals thrived in the cave. 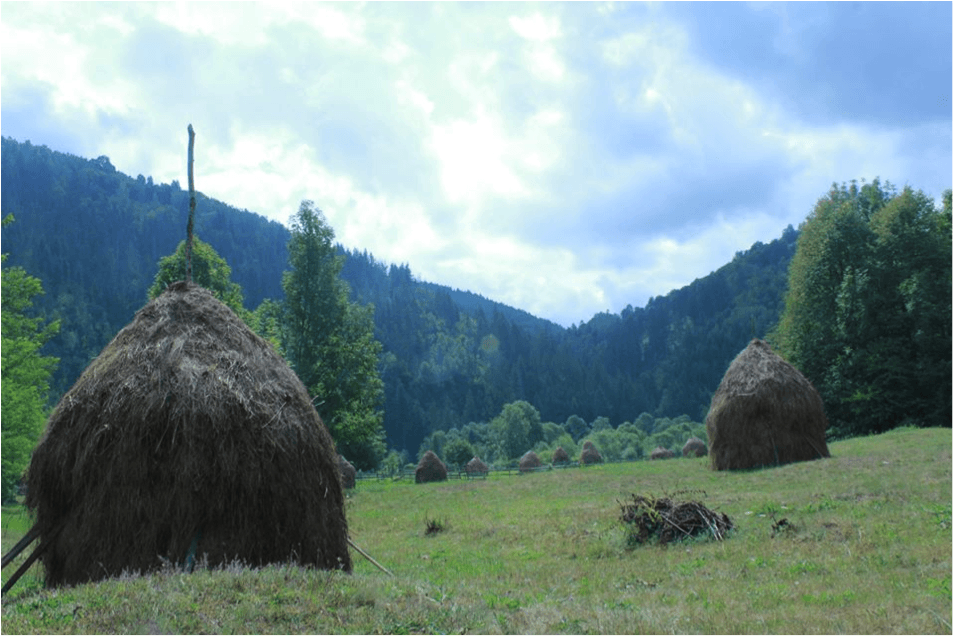 Beautiful Carpathian Mountains .. be ready to see stacks of hay on every corner :)

Whether you take the train, bus, or hitch a ride, seeing the Carpathian mountains is definitely what makes Transylvania. You can go through thick forests where you might even hear a bear or two!

You will see small prayer houses that are hundreds of years old next to a farmer’s field with bales of hay stacked on each other. Next to that a valley with sunflowers.

No matter where you stand, it is beautiful.

Transylvania has a lot to offer, and you don’t even need to be a Dracula fan. There are also many other legends than just Dracula.

See my newer posts on Romania here. Also here‘s an article on the main cities in Transylvania and here‘s what it’s like to ride on the famous Transfagarasan Road.

Have you visited Transylvania? Did the Corvin castle freak you out? Do you have anything to add for travellers coming to Transylvania?

Rupea Fortress. from the fortress you can really see a 360 degree view of the Transylvanian countryside. Beautiful. Also Viscri Castle. Beautiful UNESCO site

Allright! Thanks for the suggestion! :)

I've always wanted to visit Rumania. That first photo is dreamy. Now I want to explore it even more.

Apart from the obvious, Transylvania has a lot to offer visitors ... thanks for highlighting them to me!

Oh wow, I really want to visit Transylvania it looks like such an interesting place.

I'd really love to go there!! it's fantastic!!!