This post is a trial one in seeing whether you’re interested in my own personal travel stories. In case I find you are you can expect a few more like this coming up. ;)

As my grandfather’s 85th birthday was approaching, I thought about ways to make it extra special. When chatting with him one afternoon, I asked whether he’d still like to travel anywhere. He said yes that it would be nice but since he can’t really speak any other language than Czech, he’d be lost so he’s not going to do it.

That’s when an idea was born in my head.

Stemming also from the fact that he’d often ask me what all you can see from a plane and what’s the elevation you can still see people from (to which I had no sensible reply), I thought – why not take him on a trip?

Yes, he’s 85 but still quite active too so I felt confident a short trip focused on flying wouldn’t do him any harm.

And as his birthday approached, a flight deal came up. 26 hours in Bergamo, Italy. Flying out of Brno and returning to Ostrava – both small airports in the Eastern part of the Czech Republic. My grandpa lives in Moravia, in the East of the country, so that would be actually perfect.

Without too much thinking, I just went for it and booked the flights for my grandfather and myself, and a hotel too. I knew it was a risk, but I was certain that this was probably the last chance to do anything like that with him.

After having a few troubles actually telling him about the plan (do your grandparents also have their mobile phone off all the time??), I managed to visit him and tell him all about it.

While he was pleased, he was quite clear from the first moment that he wasn’t going to go. Due to his health issues, and a fear that something could go wrong. He didn’t feel comfortable to go for a trip like that.

I actually didn’t feel bad or regretful or anything like that. I felt good that I tried, that I won’t have to spend the rest of my life wandering ‘what if”. I’m a good granddaughter. :) 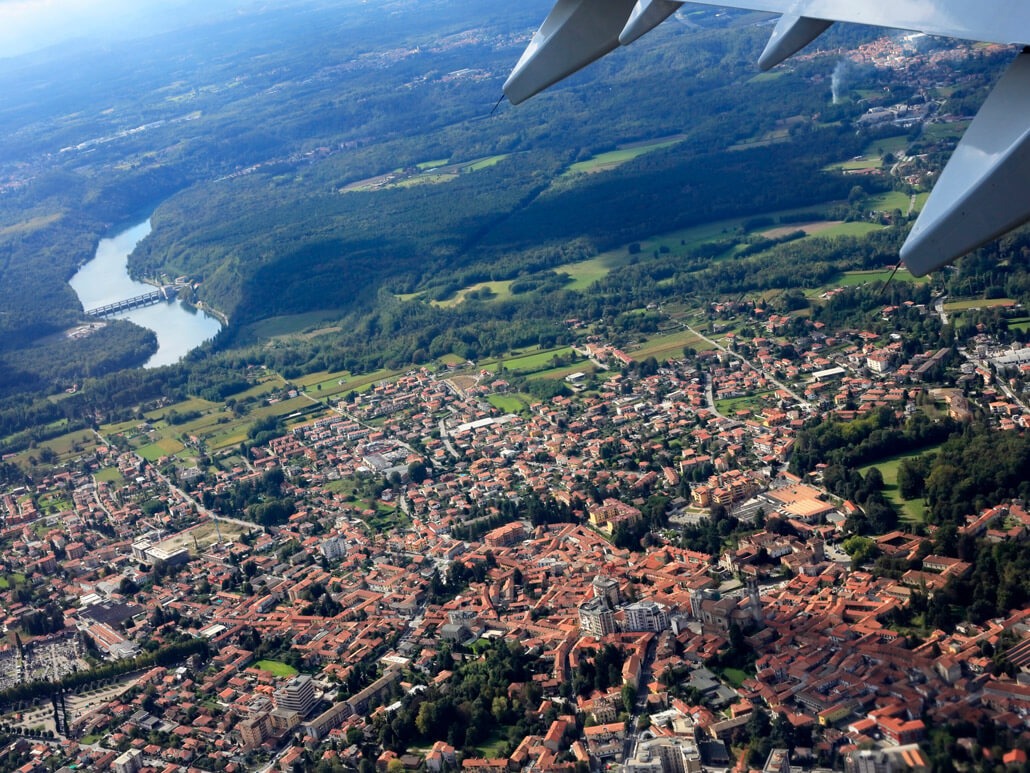 Bergamo from a plane…

For a while I was toying with the idea to take my father with me instead, or even my husband. I thought it would make more sense with my father, since only the first name would have to be changed on the plane ticket.

Well, it turned out any name change with Ryanair would cost triple the price of the flight. :D

So what was I going to do?

You know me – I love travelling. I couldn’t pass on an opportunity to go for a trip and scratch the whole plan. I wouldn’t get my money back anyway.

I decided to go to Bergamo by myself then. I researched all the lovely things to do there, got excited about the stracciatella ice cream that was supposedly invented there, wrote to the hotel to get me a queen bed instead of two single beds and got all hyped up.

My excitement wasn’t lessened by the fact that to go to Brno from Prague, it’s not an easy journey especially since my flight was at 8:50am. Instead of spending the night before in Moravia already, I decided to hop on the first morning train from Prague at the lovely hour of 5:20.

The morning went well. I got up surprisingly easy for the ungodly early rise, my Uber ride to the Prague train station was Uber-smooth and my seat on the Regiojet train more than comfy.

But about halfway, we got stuck. I didn’t have much buffer for any significant train delay. So while I learned our delay was caused by fallen trees on the rail tracks, I just helplessly watched the Brno flight departures, seeing how my flight boarding started, how it ended and how the plane left without me aboard.

Yes, the photo from the plane above is not my own, it’s from a photo bank. 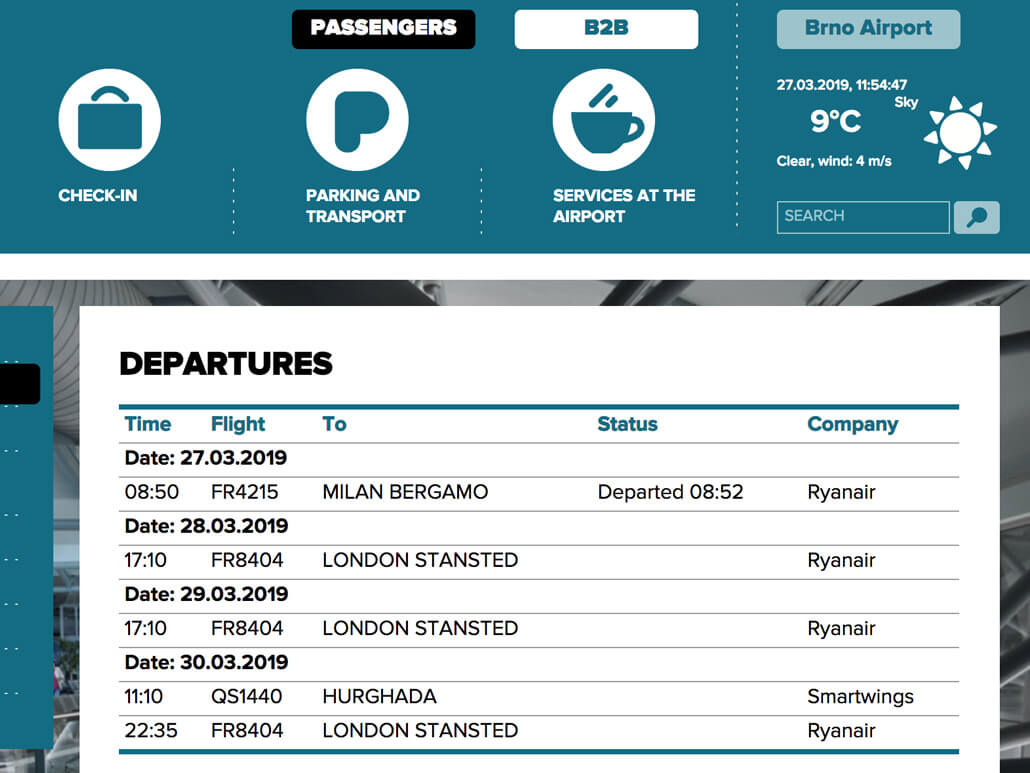 With 94 minute delay of the train, by the time I arrived to Brno, the plane was already nearly in Bergamo.

This trip was just not meant to happen. 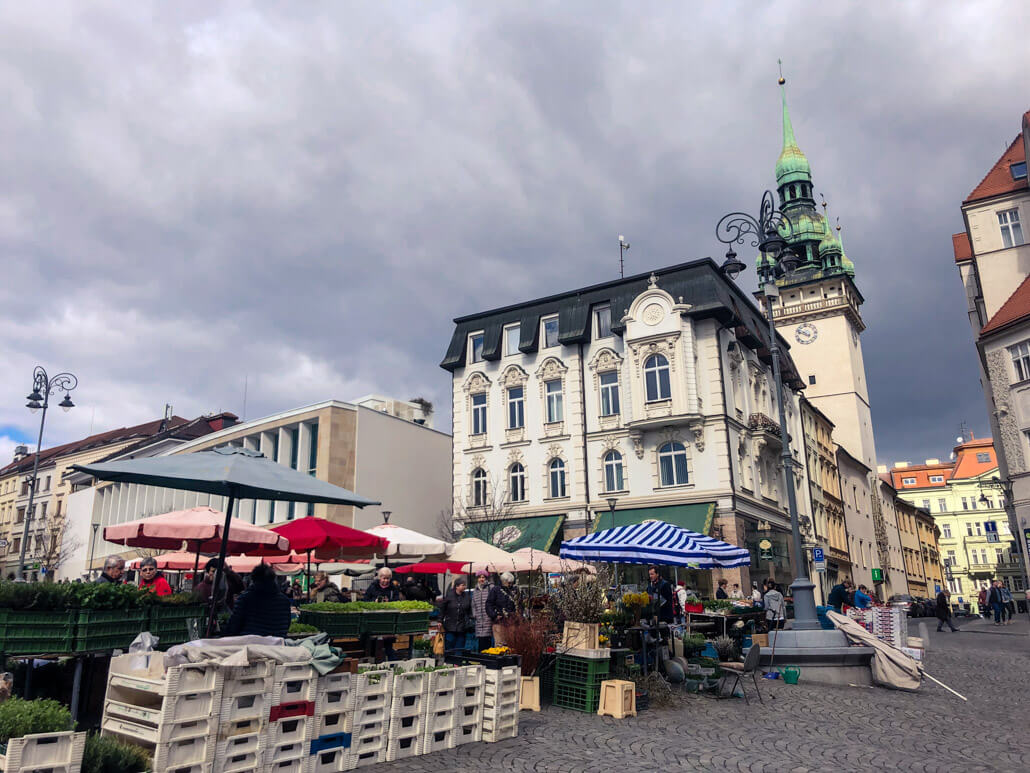 That day, out of all days, I realized a travel insurance to cover things like missed flights, would be a nice thing to have. :D

As I’m typing this, I’m sitting at the lovely Skog Urban Hub in Brno, not at a café with stracciatella ice cream in Bergamo.

And that’s okay. I’m going to walk around Brno, do some work, enjoy my day here and head back to Prague in the afternoon. :D

Brno is nicely walkable, you can just spend the day strolling the streets, enjoying its many trendy cafés and quirky monuments (about that some other time). 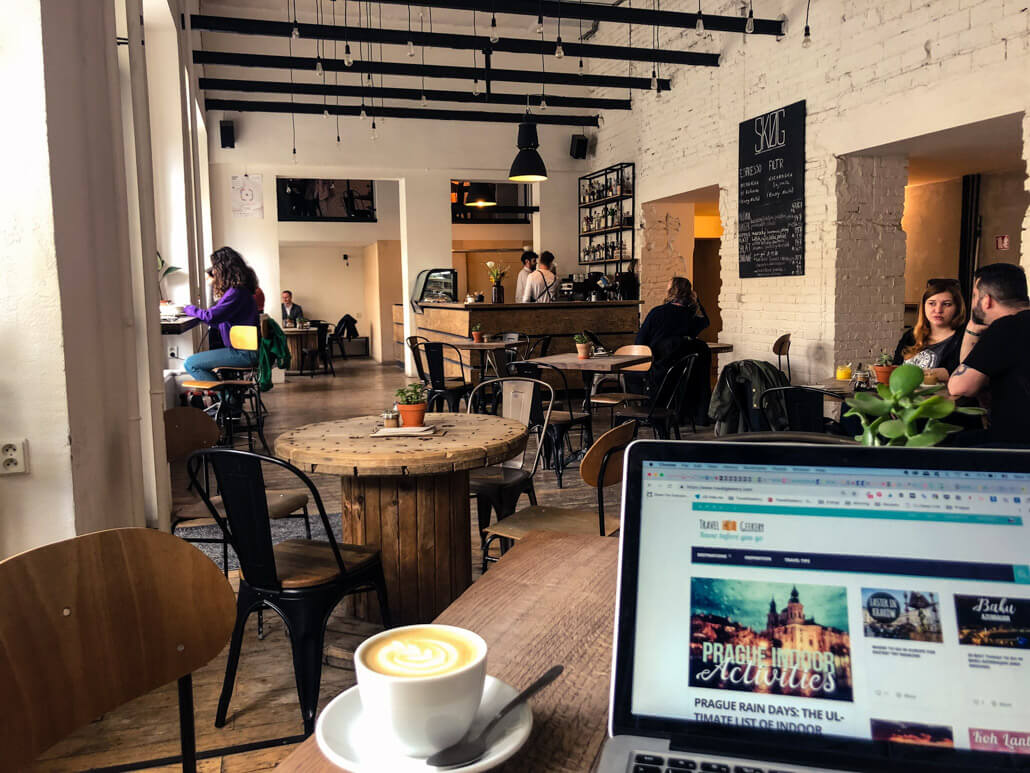 In my fave café in Brno: Skog Urban Hub

What an innocent little travel failure…

Let me know if you’ve enjoyed reading about my travel mishap and I might add more personal stories in the future. :)

Yes, more personal stories, please :) You risked a lot, girl, taking Regiojet before catching a flight ;) But as you said, the trip might not have meant to happen. And now you have another "if". "If" you would have caught the flight... Looking forward to more stories!

Thank you dear Ivanka. Yep, I knew of the risk ;) All good, though... Btw. I'm not sure if there are many more personal stories coming up, people read it, but I can't say the response has been overwhelming :D Hugs!