My boyfriend and I love Southeast Asia, like most other young backpackers. Everybody goes to Thailand, Vietnam is full of tourists and we’ve been to Cambodia already, so the question was – where should we go next?

And we chose Myanmar. We had a basic idea of the country’s existence just from the media in connection with the military junta, suppression of human rights and Nobel Peace Prize winner Suu Kyi.

I won’t lie to you – during the flight to Myanmar we were filled with mixed emotions. Will it be safe? Is the country even prepared for foreign visitors? Are we going to manage to communicate in English everywhere? Are we going to be spied on by the secret police? What’s the food going to be like? Considering that we had lived in China for quite a while, we were ignorantly confident that no country could surprise us anymore. But it did! In fact, in a positive way. The only part that wasn’t ready was our digestive system. 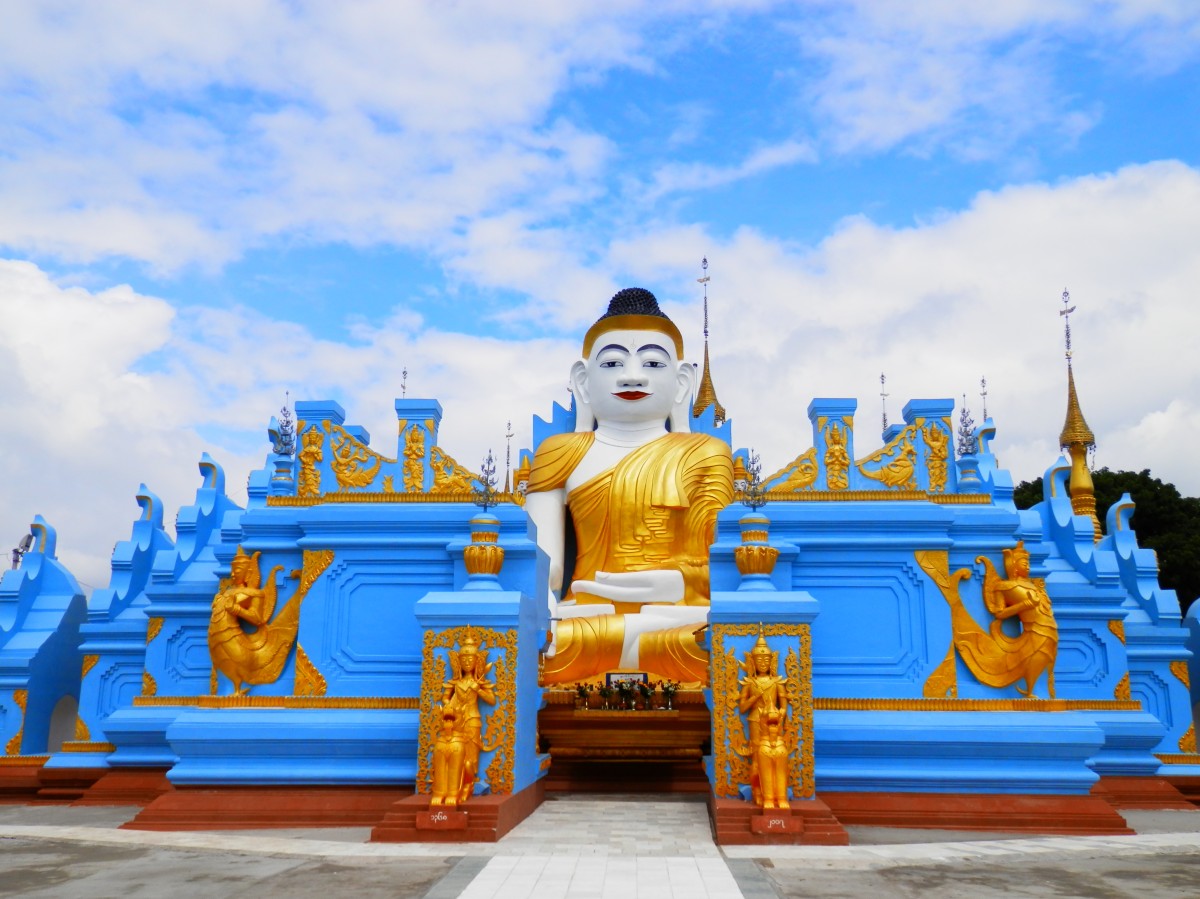 Buddha Statue by Inle lake – the brightness is mesmerising!

It is not so easy to obtain Burmese visa. We planned to apply for it at the Embassy of Myanmar in Beijing, China. However, after we read all the requirements, we decided to fly to Kuala Lumpur first and try to apply there. It turned out to be an excellent idea, which I recommend to anyone. It was a fast, easy and relatively cheap solution. We had a Burmese Visa in our passports within a few hours and all we needed was money and passport photos. After that we flew AirAsia to Yangon.

I‘ve also heard it‘s really easy to get a visa in Bangkok.

Are you used to nice, cheap hostels or hotels in SE Asia? In Myanmar, you will be most likely disappointed. The range of accommodation is very limited there.

So what should you expect as a backpacker on a low budget? You’ll spend at least $25 per night after bargaining. The rooms are usually very tiny and not cozy at all, the wifi hardly works and it’s common to spot mold on walls or ceilings…or both :)

On the other hand we really liked breakfasts in Burma, they are usually included in the price of the room.

Our advice: Don’t spend too much time in your room.

After many years spent in China we were very proud of our strong stomachs, but our digestive systems were not prepared for what was to come.

We generally prefer eating outside on the streets – When in Rome, do as the Romans do, they say… So we decided to eat at the same places as locals did.

We soon started appreciating our stock of pain killers and stomach medicine. For a while, a bottle of Coke was my best friend and I could not even look at Burmese curry. After a few days of starving, I felt incredibly happy when I was finally able to eat Burmese bread.

Our advice: Start with Burmese cuisine slowly, your stomach needs time. And make always sure you know where the closest toilet is. 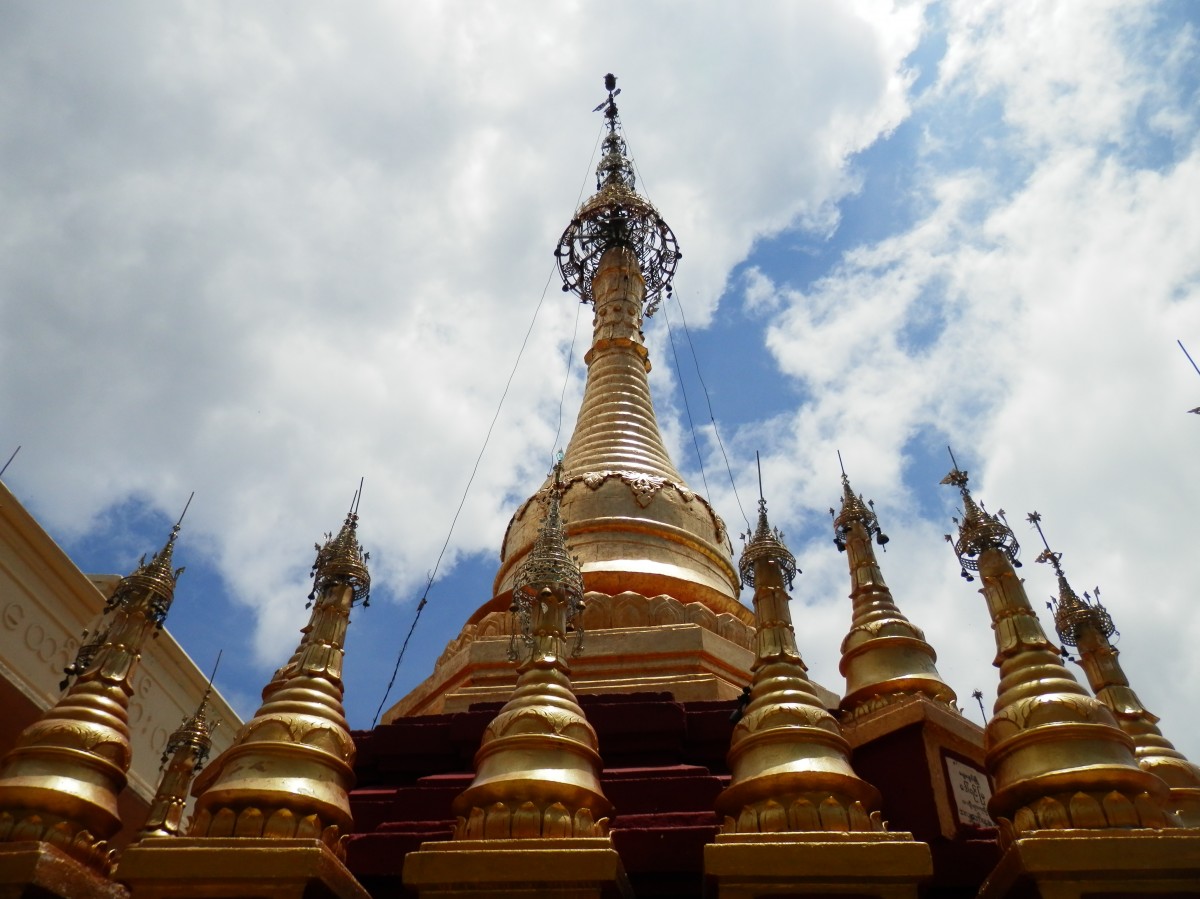 One of Myanmar’s many pagodas

If pagodas are the main reason why you travel in Southeast Asia, in Bagan you’ll feel like you’re in paradise. It’s pretty easy to spend a week there. First day a bike ride throughout the streets of historical Bagan, second day on an electric bike, third day on a horse-pulled carriage. Perhaps on the fourth day, you’ll be ready to take a break from seeing pagodas, so you hop on a bus and make a trip to Mount Popa. But guess what awaits you on the peak? Yep, more pagodas..

It makes no sense to name all the places that you can see in Burma, it depends whether you prefer staying on the beach or rather discovering all the temples and religious sites that Myanmar has to offer. Without doubt, we recommend visiting: 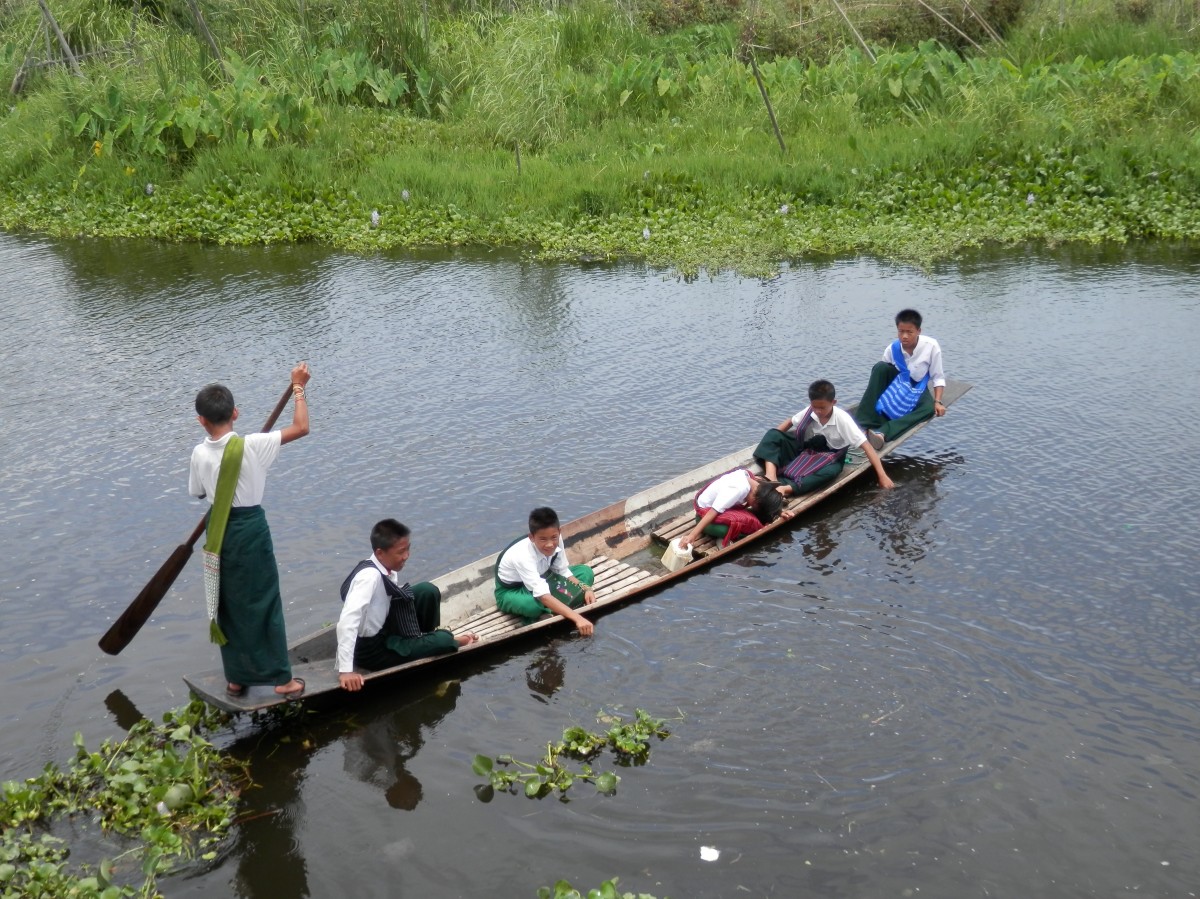 Inle Lake and the most common means of transport

The way up to Golden Rock is a real adrenalin adventure. Together with local buddhist monks you’ll be loaded onto a big heavy truck and set off uphill. It’s better not to think about the safety too much, unless you want to spend long hours by walking up on your own feet.

Check out also this guide on all things Myanmar travel.

Why to love Myanmar and why to come back

We were not sure whether English was used in everyday life and we were pleasantly surprised to learn that almost everyone in Burma spoke English. If you come to Burma from China (and you are not a sinologist), you will be in heaven because communication is not a problem there at all.

You will love Burmese people. They are smiling all the time, they seem like they are always willing to help you. Women are extremely beautiful. You might wonder what women and children have on their faces – they apply a special sunblock made from natural ingredients. 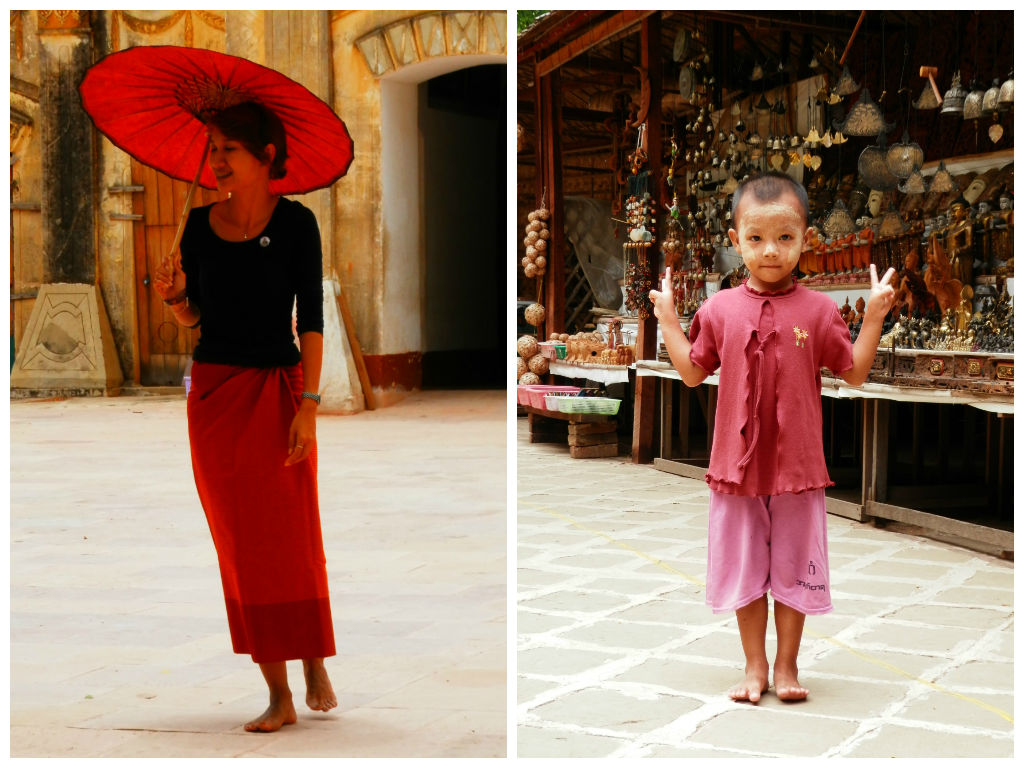 People of Burma: Beautiful women and cute kids (see the sunblock on the boy’s face?)

Altough the climate is very hot in Burma, we respected Burmese traditions and wore more clothes in the temples and pagodas. In front of every temple you could see a banner with information about forbidden clothes in the temples. It means you must cover your shoulders, no short skirts, shorts or tops are allowed. Even men are supposed to wear trousers that cover at least the knees, and every visitor has to take off their shoes. Unfortunately, we saw quite many young foreign girls shamelessly wearing shorts and tops next to the Buddhist Monks in the temples. To be honest, I would not be surprised if the Burmese started gradually closing their temples to foreigners soon…

You will like the Burmese nature. The air is fresh, the birds are singing and the fish are happily swimming in the rivers… And we didn‘t see any indication of environmental damage. Plus, you can lie on the beach fully undisturbed.

The greatest advantage of Myanmar is still the low number of foreign visitors. Of course Myanmar is gradually opening to tourists. But in comparison with e.g. Thailand or China, Myanmar is still undiscovered and not commercial at all. 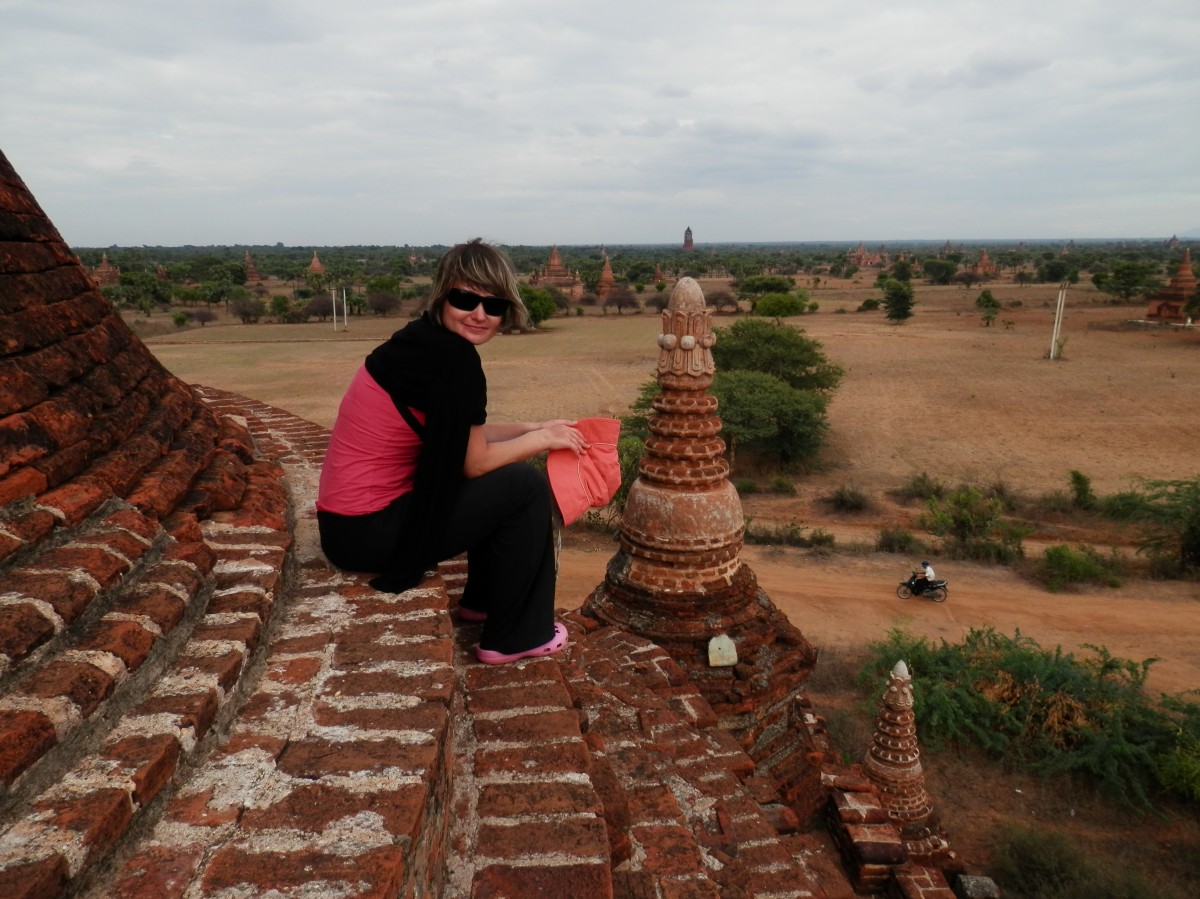 I was there a couple of years ago. I can still see that nothing's changed. The price and standard of accommodation was the most disappointing. However, Myanmar will always stay in my heart as a country where people are the nicest and the sights the most amazing.

I work for a Job Portal which also has operations in Myanmar.

Due to this I had the nice opportunity to visit the country. I have been there 5 times in the last one year and I must say, it has been a surprise every time. A pleasant one of course. From the amazing architecture to the street food, everything is worth noticing and experiencing. It is great to see that the fast times are coming and the country is developing quite quickly. It is bound to be a big South-East Asian tourist attraction, I would recommend all to see it before it gets flooded with tourists.

I feel like if I don't go to Burma soon it will be just another over touristy SE Asia location. How much longer do you think I've got?

I first went to Myanmar back in 1998 and it was the most incredible place I have ever been. I spent the entire time (two weeks maximum) and saw no other travelers. The Swedagon blows me away to this day. Amazing country; politics aside.

You've definitely gotten a great headstart on the hordes that I'm sure will visit Burma in the years to come. Too bad flights from India don't have a great schedule, hoping that changes soon so we can get there too!