During my travels, I’ve always been able to make it back home for Christmas. To me, nothing beats the family moments at this time of the year. There was just one exception to the rule: a few years back, I spent a Christmas and the New Year’s in China.

Don’t get me wrong, if I had the option to head back home for Christmas, I certainly would have! But I was working on my Master’s degree in the city of Chengdu and guess what – the Chinese don’t celebrate Christmas so of course all the classes were scheduled during Christmas time as well!

How did I deal with that you ask? It helped that I had friends there. There were quite a bunch of non-Chinese students and so we decided to make our own celebration and invite our Chinese friends in.

It all started with several visits to the main market in the city. We just wanted to get some décor for our New Year’s party and some Xmas cards to send back home. We were amazed at all the wild, colorful, though mostly crappy, Christmas items. You could buy anything with a kitschy Santa Claus on it. Surprisingly, a lot of this stuff sells, mainly to places where they expect foreigners :) This is not to talk badly about what China makes, it’s more about the amazement on how kitschy things can get ;) 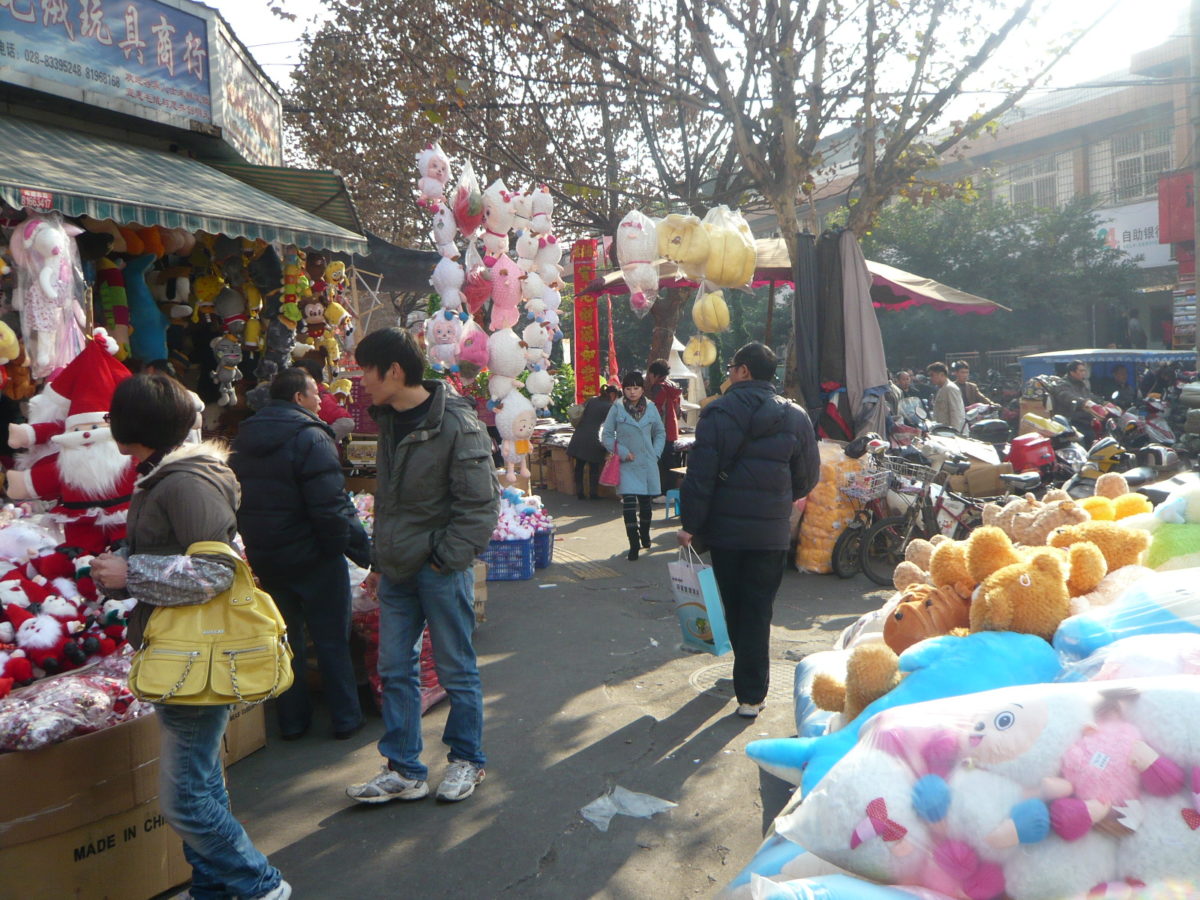 You’ll find anything on a market like that, be it Christmas-related or not.

Anyway, apart from the shopping trips, we had to endure the classes. Fortunately, we didn’t have any exams at that time. We booked a big table at Peter’s Tex-Mex, an awesome non-Chinese restaurant close to our campus. On Christmas Eve you don’t want to eat noodles, right? So we went there and had delicious Mexican food with loads of cheese. (After months in China on cheese-less Sichuanese food, cheese became a total obsession for me.) We gave gifts to each other, explained the whole Christmas ‘concept’ to our curious Chinese friends, drank a little and went back to our dorms early. 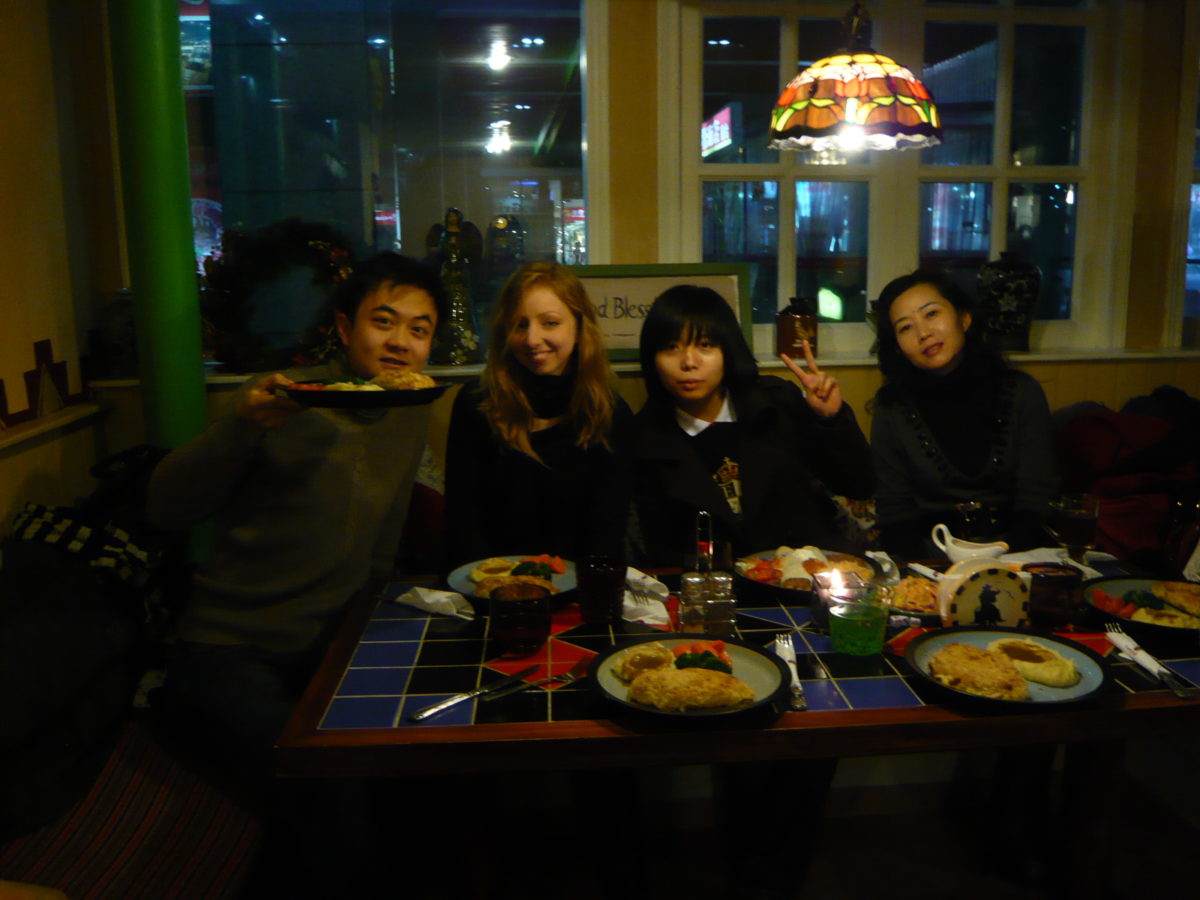 Everybody was happy we celebrated in, at least, some way and that we had the technology to connect to our dear ones back home.

The New Year’s Eve was much wilder! Actually, even China celebrates the New Year, they often even have more days off than we do in the Czech Republic. The bank holiday of January 1st often extends to a longer weekend!

That means we could afford to sleep in on the following day. We organized a big party in our dorm, invited everybody we knew and had a blast. Even though our ‘party planning committee’ often had troubles to agree on such little things as what snacks to have :)

Back in those times (four years ago), our parties would never be complete without a visit to our favourite club – Waitan Yi Hao. This club was very creative and they would use any occasion to decorate the place and use lots of props. The New Year’s was no exception. That party was unforgettable with a hazy end to it, early morning ride back to the dorm and climbing over the dorm’s gate to get back home. 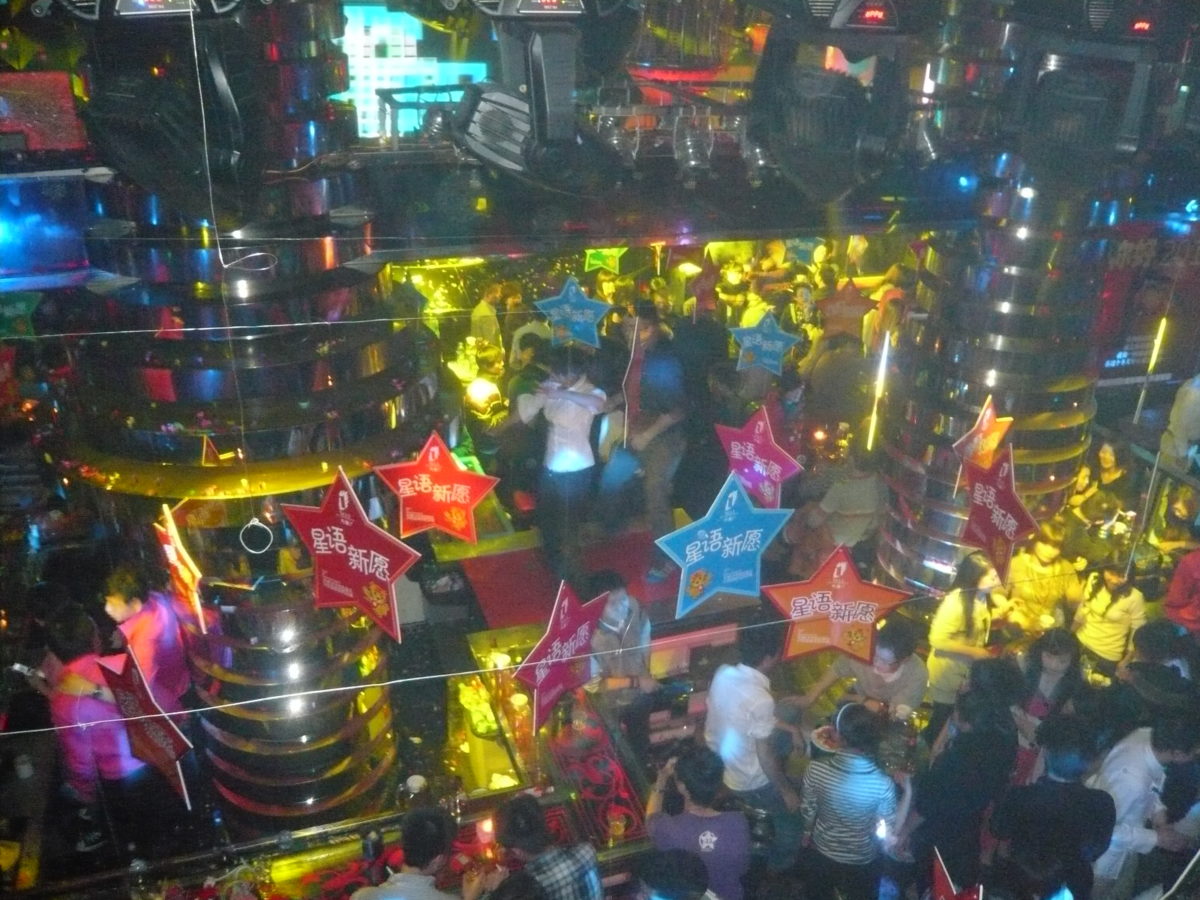 To be honest, that Christmas was awesome. It was so unique that I will never forget it. When surrounded by close friends, you can make a home away from home, that’s for sure. Despite all that, I still prefer to spend Christmas at home :)

Needless to say, when my Chinese friends studied in Europe, they also suffered through their Chinese New Year and Spring Festival time – no break from school either. It makes one consider moving to Singapore or some other place where they celebrate all possible feasts!

Have you ever spent Christmas abroad? How did you cope?

[…] For those of you interested in more festivities in China, check out how I spent Christmas in Chengdu, Sichuan province. […]

That sounds amazing! I would love to go to China, especially the market. I have spent most of my Christmas and New Year's abroad, this year I finally got to stay home. Not that I don't appreciate being abroad, but sometimes its nice to decorate my own tree with the family.

I tend to always forget there are a LOT of places who don't celebrate Christmas at all, even though it's becoming a worldwide trend. It maybe didn't go as warming as spending it your family but for sure it was different and marked you!

I did spend lots of Christmas´abroad, a few of them o the beach with no sign of snow but China must be interesting :)))